Gujarat is a home to incredible diversity due to its geographic and strategic location. Its Gujarati pride and rich cultural reflects in their lifestyle. Gujarat Tour Packages offer wide range of Heritage Monuments, music, literature, religious traditions, cuisine, fairs and festivals in every city. Gujarat is located on the country’s western coast, on the Arabian Sea. Gujarat is also known by the title of “The Land of the Legends”. Gujarat Tourism has launched “Khushboo Gujarat Ki” (fragrance of Gujarat) campaign with Shri Amitabh Bachchan as its brand ambassador, to promote various tourism. Gandhinagar is the State Capital of Gujarat. Named after ‘Gandhi’, the father of the nation, it is situated 32 kms away from Ahmedabad and is proudly the best planned city in India. The Akshardham Temple in Gandhinagar city is one of the biggest temples in India, and it is a major pilgrim destination that many people swarm to. This temple is dedicated to Lord Swaminarayan and was built by BAPS Swaminarayan Sanstha....

Ahmedabad, Surat, Vadodara, Rajkot are some major cities of Gujarat which have been located to have the best of tradition, history, architecture, culture and philosophy of Gujarat in an atmosphere of luxury, beauty and comfort. Apart from these city Dwarka, Somnath, Gir, Junagadh, Jamnagar, Kutch, Bhuj, Lothal, Patan and Diu are the major tourist destination, which attracts tourist from around the world.

Surat situated on the south bank of the Tapi River, about 14 km from the sea, Surat has always attracted traders and merchants from around the world. Surat is the fastest growing city in the world and a powerful magnet for fashion moguls, art lovers and diamond dealers. Surat also known as 'Diamond Hub of the World', 'Embroidery capital of India' and 'Textile City of India'. Surat offer best tourist places to keep tourist busy such as Jagdish Chandra Bose Aquarium, Dumas Beach, Science Center, Surat Castle, Hazira and Dutch Garden Etc.

Rajkot is situated in the region called Saurashtra in the Gujarat. Lal Pan Lake and Rajendra is best picnic spot, The Watson Museum and Library, located in the Jubilee Gardens, commemorated Colonel James Watson, political agent of Saurashtra from 1886-89. The museum is a good introduction to Saurashtra's cultural heritage. Kaba Gandhi No Delo is the house where Mahatma Gandhi grew up. It now holds a permanent exhibition of Gandhian items. It is within the old city on Ghee Kanta Road. The Rajkumar College was established by the British government as early as in 1870. Built for the education of the princes of the Indian state, it is still regarded as one of the best private institutions in the country. Rashtriya Shala was founded by Mahatma Gandhi and has a center of patola weaving. Jagat Mandir is the beautiful carved temple of Shri Ramakrishna Paramhansa. It is made of red stones.

Kutch Nahi Dekha to Kutch Nahi Dekha - A true value tag line given by Gujarat Tourism. "White Salty desert" of India and also it is reputed to be the largest salt desert in the world. Rann of Kutch, the white desert streche over an area of 7500 Kms, it is filled with water during Monsoon season and port monsoon it gets dried-up and turns in to White Desert. You can enjoy the best iconic and romantic view of White Desert in Full Moon Light. Runn Utsav is a festival started by Gujarat Tourism in Dhordo, during this 3 months festival desert land come to life. This festival is celebration of tradition, Culture and folk. Bujodi Handicraft Village known as fashion Street of Kutch and best place to buy a handicrafts. Pride of King, Vijay VilasPalace, Aina Mahal, Prag Mahal, Mandavi Beach, Swaminarayan Temple, Kutch Museum, Dholavira, Hodka Villag, Little Rann of Kutch and Lakhpat are the main attraction in Kutch district.

Dwarka is one of the Chardhams, four sacred Hindu pilgrimage sites, and is one of the Sapta Puri, the seven most ancient religious cities in the country. Dwarka is often identified with the Dwarka Kingdom, the ancient kingdom of Krishna, and is believed to have been the first capital of Gujarat. The mystique city located on the banks of River Gomti, Dwarka has the story of over 2,500 years to tell. DWARKADHISH Temple Constructed around the 15th century, this temple is home to black marbled Lord Krishna’s Idol. It is designed as per Chaulkya style using high-quality limestone. It is also believed that Vajranabha, the grandson of Lord Krishna, created this temple. This 5 storied temple also famous as Jagat Mandir. It has a museum where they display highly expensive sculptures, which support historical and mythological facts. Dwarka means ‘gates of heaven’ and this becomes almost true when you see the entrance of Dwarkadhish temple. Unlike other temples, it has two entrances, the northern one is called Moksha Dwara, and southern entrance is called Swarga Dwara. There are more tourist places and temple like Rukmini Temple, This temple is dedicated to the Wife of Lord Krishna. It situated at the distance of just 2 km from Dwarkadheesh Temple. Gopi Talav is next tourist spot, Gopi Talav is a mid size lake located around 20 kms from Dwarka on the way to Bet Dwarka. The soil here is fine and smooth bearing a yellow color and is believed to have divine properties that can cure many diseases, especially those related to skin. Today, many tourists purchase this soil, popularly known as Gopi Chandan, as a token of their visit. Nageshwar Jyotrilinga It is one of the first Jyotirlingas to be established and is believed to be the seat of Divine power of Lord Shiva. This Jyotirlinga has the power to protect beholders and worshippers from all kinds of poisons especially snake poisons. Bet Dwarka is an extremely sacred pilgrimage destination which is believed to have been the original home of Lord Krishna during his years spent in Dwarka as a king. The land is located off the coast of Dwarka on Gulf of Kutch. The other name for Bet Dwarka is Bet Shankhodara.

Diu is an incredible Island and top tourist destination for weekend with its beautiful beaches, natural beauty and historical places etc. Diu Island is a perfect destination for holiday with friends and family as well as for couple. Places to visit in Diu Island, Diu offer an amazing experience of Nature, Beaches, Arabian Sea and most attracted Diu places to visit, Diu Fort, Naida Caves, Jallandhar Beach a 16th- century Portuguese citadel, features a lighthouse and cannons. Inland, centuries-old St. Paul’s Church was built in elaborate baroque style. Nearby, whitewashed St. Thomas Church is now home to the Diu Museum, with wooden carvings and religious artifacts, shopping places and some of the country’s best offerings in food and nightlife. Shopping and pub-hopping in Diu are among the most popular activities to experience the best the city has to offer. Best places in Diu would include museums to celebrated churches, Diu offers wide range of attractions for all age group tourist and be it families, couples or solo travelers. Eclectic and vibrant, the city is both cosmopolitan and yet full of traditional flavors and nuance. There’s never a shortage of places to visit in Diu.

Gir National Park and Wildlife Sanctuary, also known as Sasan Gir, is a forest and wildlife sanctuary near Talala Gir in Gujarat, India. Gir National Park is the sole home for pure Asiatic Lions. The Eco-system here is quite diverse and is nourished by the ever flowing seven rivers – Hiran, Shetrunji, Datardi, Shingoda, Machhundri, Godavari and Raval. Various animals like the Asiatic lions, Jungle cats, Indian Leopards, Sloth bears, Striped Hyenas, Ratels, Indian Cobras, Golden Jackals, Indian Palm Civets, Indian Mongoose and cats like the Desert cats and Rusty-spotted cats are found in this forest. Rare reptiles like the Monitor Lizards, Marsh Crocodiles and Indian Star Tortoise are also to be seen. Special rehabilitation programme for breeding and nurturing Asiatic Lions are undertaken in Gir. Jeep Safari in Gir Naitonal Park is the great way to experience the Wild Life and see Asiatic Lions. The 1413 square kilometers Gir wildlife reserve is a tapestry of deciduous forests, evergreen flora, scrublands, grasslands and water bodies. The star attraction of the Gir National Park and wildlife sanctuary is the Asiatic Lion, which is endemic to this region. During pleasant drives in the hill tracts of Gir, travelers can also hope to see Leopard, Sambar, Spotted Deer, Wild Boar, Blue Bull, Indian gazelle and the Chowsinga, the world’s only four-horned antelope. Jeep Safari Booking in Gir National Park is done by Trips Wheel Pvt Ltd at very reasonable rate.

Junagadh is a most popular tourist destination located in the western Indian state of Gujarat. Junagadh is also known as "Sorath". Junagadh is one of the top rated tourist destination in Gujarat. Junagadh offer picturesque tourist spots like Girnar, Mahabat Maqbara, Uperkot fort, Sakkarbaug Zoological Garden, Damodar Kund and Damodarji Temple, are most favourite of the tourists. Jungadh's main attraction, however, remains the Girnar hill, located towards the east of the city. Girnar Hill is an extinct volcano, which has been a holy site for Buddhist, Jains and Hindus since the 3rd century BC. Junagadh Tour is experience of old world charm and houses several remnants dating back to the medieval era. A tour to Junagadh will allow everyone to capture the different facets and true essence of Gujarat.

Lothal was one of the many cities found in the Indus Valley civilization. Archaeological evidence from Lothal tells us that it was an industrial area. Dating back to the second millennium BC, Lothal was an important port on the Indian subcontinent during the Harappa era. From mid-July till the end of August, the valley with its dazzling assembly of flowers plays host to gorgeous butterflies and dainty flying creatures by day and to millions of glow worms by night. 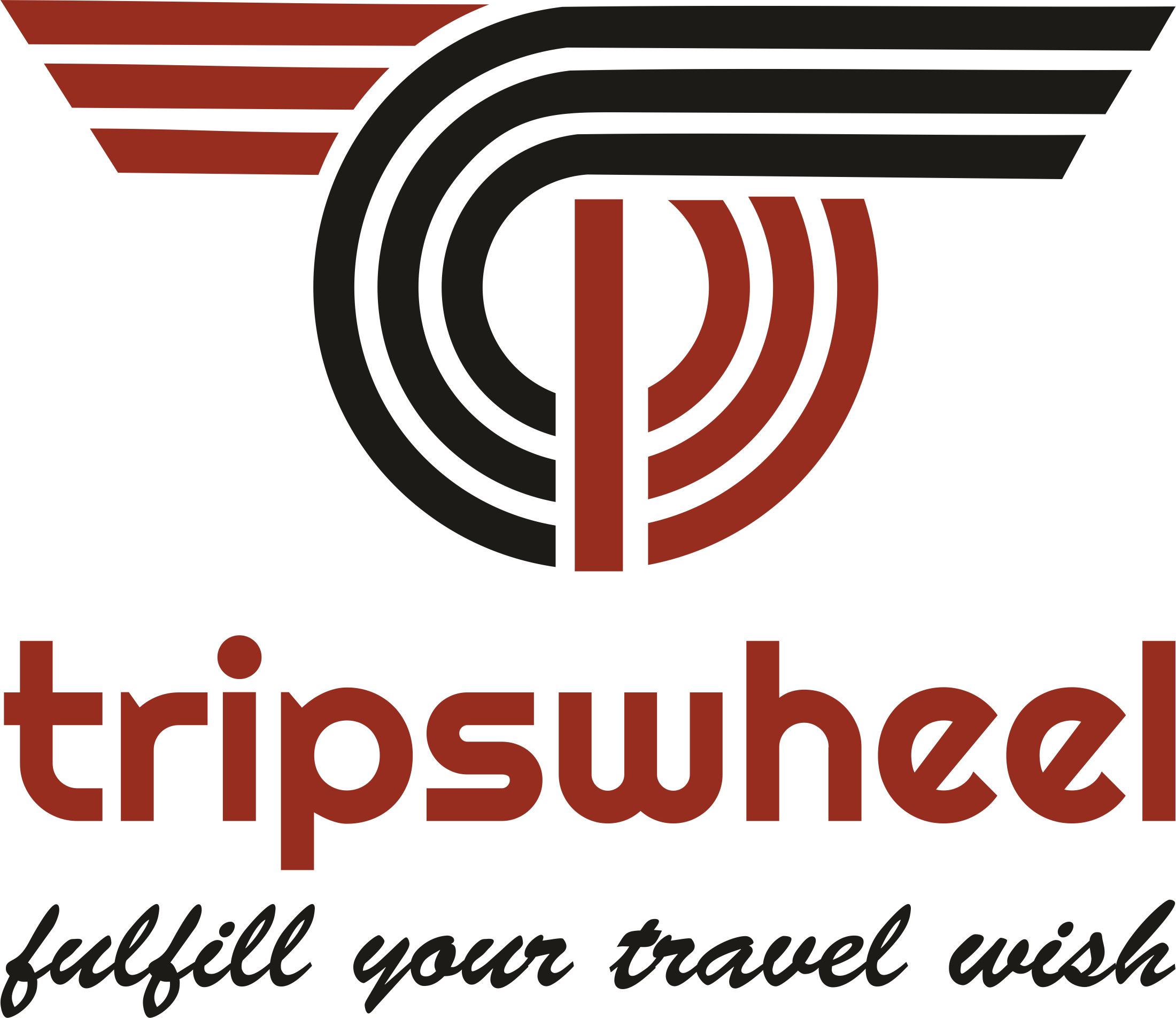